Looking forward to seeing where they go on this show this season!
Posted by Wings1295 at 9:12 PM No comments:

Exciting times for DC Comics fans old and new!
Posted by Wings1295 at 9:05 PM No comments: 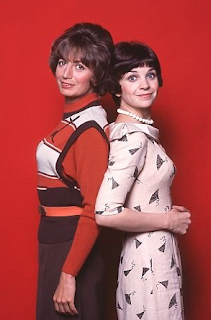 Last night, the kids, my wife and I finished watching the entire run of Laverne & Shirley.
Several months ago, it started airing about four times a week on the Hub network. So we decided to watch every episode with the kids, since we loved it when we were young and wanted them to enjoy it, as well.
Happily, the kids loved it, too. And because we had missed the first few episodes, we got to finish watching the series with classic episodes from the first season, back in 1976. They were just as funny as ever, and a much better way to end a viewing of the series than the 8th season, which wasn't great. Uneven and chaotic sums it up, diplomatically.
I am glad we shared this with them. A bit of television history, some great characters and laughs and a much better way to spend some TV time than watching any of the 'reality' shows out there.
Posted below is the 20th Anniversary Reunion of the cast that aired on ABC in 1995.
Great to see the cast together and remembering good times. Even Fonzie shows up!
We have watched the entire run of Laverne & Shirley and also I Love Lucy with the kids.
We are thinking The Dick Van Dyke Show might be next up!
Laverne & Shirley is currently airing on the Hub network at 11:00pm EST,
with encore airings at 5:00am.
Posted by Wings1295 at 8:42 AM 4 comments:

We All Love Lucy

As everyone knows, today would have been Lucille Ball's 100th birthday! 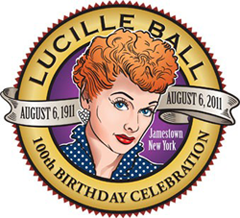 If you can't make it to Jamestown, New York for the celebrations there, how else can you celebrate?

Turner Classic Movies is running a movie marathon and Hallmark Channel is airing an I Love Lucy marathon.

The Lucille Ball & I Love Lucy tumblr blog is posting all day, including submissions from fans (including my son)!

Thrilling Days of Yesteryear has a Lucy post up, which is part of the Loving Lucy Blogathon by True Classics!

Google has a special logo with clips!

TVTattle.com has a bunch of Lucy links to check out!

Entertainment Weekly has a round-up of classic clips!

Here's to a great funny lady and a classic show! 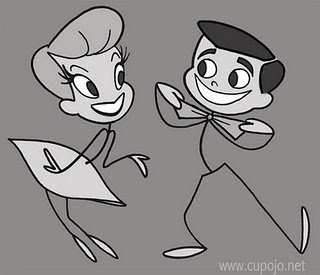 Movie Monday: The Dead and the Damned

Been a while, but here's a review of a new film: Information from the film company itself:

"It's Dawn of the Dead meets High Noon in the bloody, action-packed film The Dead and the Damned, on DVD July 26 from Inception Media Group.

Hot on the trail of a renegade Apache warrior, gun-slinging bounty hunter Mortimer passes through an 1849 California gold rush town, where local miners direct him into the mountains to track his prey.

While he is gone, the miners unearth a meteor that has landed in their sleepy town. As they crack it open, an explosion releases toxic spores, which quickly infect the entire population, transforming them into bloody-thirsty, mutant zombies.

Following a ferocious battle, Mortimer triumphantly returns to town with his Indian captive in shackles... only to find themselves surrounded by a ravenous horde of the undead. Now the two enemies must band together if they are to escape the horrors of The Dead and the Damned!"

Okay. First off, I was wary going into this one. So many of these screeners turn out to be... Well, to put it nicely, "not good". I was expecting more of the same.

And, in some ways, that's what I got, but not like I thought. This film is surprisingly well produced. The shots look good and the film appears to be one of the gap movies - as in, not crap, but not theater-worthy, either.

The problem lies in the story itself. It is not as "action-packed" as it claims to be. A lot of the scenes are just dull. And the characters have no depth, even with scenes that bring the bore quotient even higher as the two leads explain their complicated pasts.

Another problem is the main actor, David A. Lockhart. He has the leading-man good looks but his voice and line delivery fall way short of leading-man great. He seems better suited for a period drama than an action movie.

Overall, I wasn't turned off by the film being as bad as I expected. Rather, I was just bored. And when you have a movie about "Cowboys and Zombies" (a title the film is also known as, obviously to cash in on the recent Cowboys and Aliens), boredom is something that should never come up.

The Dead and the Damned is written and directed by Rene Perez.

Trailer and more info at the official site - The Dead and the Damned.
Posted by Wings1295 at 12:05 AM No comments: