Spirituality as an Atheist

Pax Romano from Billy Loves Stu has created this meme, which has been all around the horror-themed blogs. I copied it from All Things Horror. Here are my answers:
1: In Ten Words or Less, Describe Your Blog
What I read, write, watch, listen to or do.
2: During What Cinematic Era Where you Born?
A: The Classic Horror Era (late 30's to 40's)
B: The Atomic Monster/Nuclear Angst Era (the late 40's through 50's)
C: The Psycho Era (Early 60's)
D: The Rosemary's Baby Era (Mid to Late 60's)
E: The Exorcism Era (Early to mid 70's)
F: The Halloween Era (Late 70's to Early 80's)
G: The Slasher Era (Mid to late 80's)
H: The Self Referential/Post Modern Era (1990 to 1999)
E... and I watched some stuff that warped my wee brain at an early age.
3: The Carrie Compatibility Question:
Er... no one?
4: You have been given an ungodly amount of money and total control of a major motion picture studio - what would your dream Horror project be?
Giving horror filmakers a place to make things without tons of interference. And also try and get a reunion movie made for my all time favorite show, Friday the 13th: The Series.
5: What horror film "franchise" that others have embraced, left you cold?
Saw alternately intrigues me and pushes me away. But another is Zombie flicks. I love Night of the Living Dead, but my love for that genre drops the further away it gets from that movie. That said, I have Zombieland set to record tomorrow on DVR. Always hopeful!
6:  Is Michael Bay the Antichrist?
Not a fan of Transformers or his other stuff, but I have to admit I was okay with his Texas Chainsaw Massacre redo, as I was with the Friday the 13th remake. Haven't seen the Nightmare on Elm Street redo yet.
7: Dracula, The Wolf Man, The Frankenstein Monster - which one of these classic villains scares you, and why?
Dracula. Frankenstein is just like a big, confused child and the Wolfman is tormented and trapped, but pretty much a wild animal. Drac knows who and what he is, and wants to keep on doing the evil he does.
8: Tell me about a scene from a NON HORROR Film that scares the crap out of you:
The flying monkeys tearing the beejeesus out of the Scarecrow in the Wizard of Oz.
9: Baby Jane Hudson invites you over to her house for lunch.  What do you bring?
First I would leave a note somewhere so people know where I am. And I would bring a weapon, something easily concealed.
10: So, between you and me, do you have any ulterior motives for blogging?  Come, on you
can tell me, it will be our little secret, and I won't tell a soul.
To share what I like and hopefully find people who like it as well. Nothing "secret" about it.
11: What would you have brought to Rosemary Woodhouse's baby shower?
Booze.
12: Godzilla vs. The Cloverfield Monster, who wins?
Godzilla, and then he would make sure to be caught on camera, so he could brag.
13: If you found out that Rob Zombie was reading your blog, what would you post in hopes that he read it?
A plea for him to go back to music and leave movies alone?
14: What is your favorite NON HORROR FILM, and why?
Depends, I guess, on my mood. Love Rear Window. Love Overboard. Guess I will go with The Princess Bride as my favorite Non-Horror Film.
15: If blogging technology did not exist, what would you be doing?
Guess just watching movies and reading books.
Posted by Wings1295 at 12:05 AM 7 comments:

How cool is this news:


She's baaaaack! The world's sexiest, most outrageous and completely original movie hostess EVER is making her long-anticipated return to weekly television this fall, when Elvira's Movie Macabre (tentative title) premieres on THIS! Television and in national syndication throughout the U.S. the weekend of September 25 (see local listings for station/day/time). The weekly two-hour movie block is distributed by Trifecta Entertainment & Media, and will air on television stations representing more than 80% of U.S. households.

When asked about her return to weekly television, Elvira said "All I can say is, IT'S ABOUT DAMN TIME!"


All I can say is, this had better come to one of MY local stations!

2. When shopping at the grocery store, do you return your cart?

Usually, unless there are already a few near my car.

3. In a social setting, are you more of a talker or a listener?

4. What was the last compliment that someone gave you?

Good meatloaf muffins.
5. Do you play the lottery?

Not really. Every now and again I do, but not as frequent as I should if I want to win something.

6. If abandoned alone in the wilderness, who would you want with you?

Yogi Bear, he can find the picinic baskets!
7. Do you like to ride horses?

Well, if you count the number of times I have "gone" to Camp Crystal Lake, then yeah.
9. What is your favorite party game?

I don't go to parties.

10. If a sexy person was pursuing you, but you knew he/she was married, would you go for it?

11. When was the last time that you lied?

12. Could you date someone with different religious beliefs than you?

I married someone with different beliefs (I am an atheist, she was not), but if the person was some bible-thumper, then I think I would have had issues.

14. Use six words to describe yourself.

Don't know of one.

16. Are you pleased with your education?

I graduated high school and stopped. Can't change the past.

17. How do you feel about gun control?

No guns in my house. I don't care what you do in yours.

18. If your house was on fire, what thing would be the first thing you grabbed?

19. How often do you have a romantic weekend?

20. Do you think more about the past, present or future?

Depends.
21. What was the last adult magazine that you have read?

22. What are you told about your eyes?

Bit taller than I.
24. Where is your dream house located?

Do you know what secret means?

27. Have you ever seen a male or female stripper?

28. When was the last time you were at TGI Fridays?

A few weeks ago.

29. When was the last time you were at Church?

When I went to a funeral.

30. Where was the furthest place you traveled today?

Too early to say.

31. What was your favorite job?

33. Bud is hosting Thursday Thunks this week. Will you play?

Who is Bud and what is Thursday Thunks?

Trying to piss me off?
35. Who was the last person that you showered with (it's okay to leave out the name)?

Email ThisBlogThis!Share to TwitterShare to FacebookShare to Pinterest
Labels: life, me, meme, ravyn 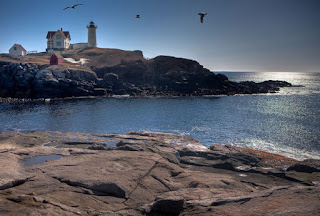 15.WHAT DO YOU LIKE MOST ABOUT YOUR TOWN?
It has a sort of small-town thing still going on

16.WHAT DO YOU LIKE LEAST ABOUT YOUR TOWN?
Budget issues

17.GREATEST ADVENTURE?
Meeting my now-wife and taking the best leap ever

18.MOST ROMANTIC MOMENT?
In the pool. In Florida. On our honeymoon.


19.HOW MANY PILLOWS?
Two, one to sleep with, the other is there for sitting to read.

22.THREE FAVORITE MOVIES? (ALL TIME)
Halloween, The Princess Bride, It's a Wonderful Life

24.THREE FAVORITE TV SHOWS? (ALL TIME)
Friday the 13th: The Series, Star Trek: The Next Generation, The X-Files

25.LEAST FAVORITE TV SHOWS
Reality shows. The only ones I care for are Wipeout and American Idol.

36.WORD OR PHRASE YOU OVER USE?
Jinkies!

37.SUPERPOWER YOU WOULD WANT?
Flight

38.BODY PIERCINGS OR TATTOOS?
Pierced ear. Not tattoos, but plenty of scars.

39.IF YOU COULD WITNESS ONE EVENT IN HISTORY WHICH WOULD IT BE AND WHY WOULD YOU GO THERE?
too many to choose from

40.WHAT DO YOU THINK OTHERS ADMIRE ABOUT YOU?
caring, funny, the Mexican dip

41.WHAT DO YOU ADMIRE MOST ABOUT YOURSELF?
I care

42.WHAT WOULD YOU CHANGE ABOUT YOURSELF IF YOU COULD?
not sure... less procrastinating?

43.IF YOU COULD LIVE ANYWHERE IN THE WORLD WHERE WOULD YOU GO?
WHY?
York, Maine

44.WHAT WOULD BE YOUR LAST MEAL? (INCLUDE EVERYTHING)
Meat Pizza


45.WHAT IS YOUR PREFERRED METHOD OF EXECUTION?
Firing Squad

46.WHAT LIVING PERSON WOULD YOU MOST LIKE TO HAVE LUNCH WITH?
Kristen Vangeness

47.WHAT DEAD PERSON WOULD YOU MOST HAVE LIKED TO HAVE LUNCH WITH?
My wife's dad


49.THREE PEOPLE YOU KNOW TO TAKE TO A DESSERT ISLAND?
Wife and kids

51.WHAT IS SOMETHING THAT MAKES YOU UNIQUE?
Born with AMC

54.WHAT DO YOU COLLECT?
Horror movies; also have some horror film stuff and Aquaman figures

55.WHO DO YOU ADMIRE MOST IN YOUR LIFE?
Nancy, my wife. She is amazing.

56.WHAT HISTORICAL PERIOD WOULD YOU HAVE LIKED TO LIVE IN?
40s, maybe?


61.BEST AND WORST PARTS OF LIVING IN THE FUTURE?
Best: See how the world has changed.
Worst: Won't know anyone.

63.WHAT WOULD BE YOUR SPICE GIRL NAME IF YOU WERE IN THE GROUP?
Barley

64.DO YOU PREFER COKE OR PEPSI?
Cherry Coke Zero