From Shock Til You Drop:

The Digital Bits reports that the film will arriving on September 26 and extras will include an alternate ending along with...

Terror in the Aisles.

Featuring Donal Pleasence and Nancy Allen, the 1984 Terror in the Aisles is a compilation of horror movie moments and trailers and has long been unavailable on DVD. Needless to say, this marks Terror's Blu-Ray debut.

Email ThisBlogThis!Share to TwitterShare to FacebookShare to Pinterest
Labels: anniversary, blu-ray, dvd, halloween II, shock til you drop, terror in the aisles

Can you guess the product?

Before the ad ends, can you guess what they're selling here?

The Exorcist ? from MrPrice2U on Vimeo.

Coffee: The Greatest Addiction Ever

via Electronic Cerebrectomy
Posted by Wings1295 at 12:29 PM 2 comments:

Musician John Mapes has an ode for the return of Kristy McNichol.

Cool song, but if Kristy is happy far away from Hollywood and the spotlight, then more power to her. She doesn't need to become one of the 70s/80s celebrities desperately clinging on to any shred of fame she can find. She was a star and that won't change.

Let her be happy now doing whatever it is she wants to do.

This is odd and unsettling

Peter Facinelli and Rob DeFranco produced this interesting spoof trailer
for a strange take on The Brady Bunch.

Thanks to TV Series Finale. 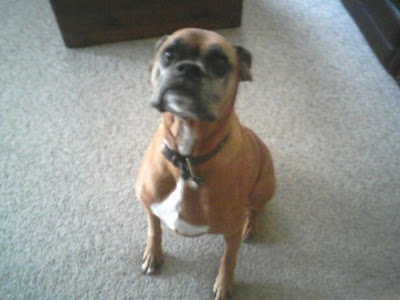 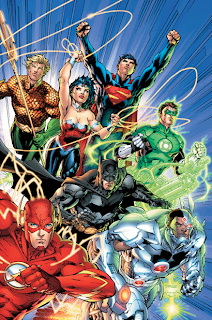 All around the Internet is the news that DC Comics is starting over.

In short, the DCU will be 'rebooting'. All comics - 52 of them - will be starting with #1 issues. Also, the characters and their shared universe will be younger and fresher, apparently. Lastly, the company will be making comics available in both retail shops and in digital form on the same day. A big change, but a needed one. Hopefully a move that will save the company for the future.

I am thrilled with all of this. I have long said that the DCU was in need a restart. So much was weighing these characters down, confusing fans and keeping possible new fans at bay. Too much to wade through. While comics should be read for the story, it was too hard to feel like you could get into just the story when you had missed so much before. Or were just confused by how it all 'fit together'.

My favorite character is Aquaman, a long running DC hero. He will be part of this reboot, and I am honestly quite okay with that. From what I have read, the creators behind all this are going to keep what is iconic or important and just build from that. I couldn't ask for more. I hope this is the beginning of a new, great age for the DCU.

So, I am going to be optimistic and hopeful for this change. A new day and a fresh take on the comic universe I love the most is a thing to be excited for. I, for one, will be there buying some #1 issues and hoping to fall in love with the form all over again.