NOTE: Not for the squeamish who plan on eating today.

Can't wait to see the remaining episodes and the movie and to delve into the comics!
Posted by Wings1295 at 3:01 PM 12 comments:

I am very much looking forward to the new TLC series "Extreme Couponing".

Here's a clip from the special that aired earlier this year:

I have been doing my own couponing and saving since January. Have saved a ton of cash. Better in our pocket than the store's register!

I woke up and checked my email and found I had a "Hulu Queue Alert". Amazingly, H.R. Pufnstuf is available now to watch, for free. All 17 episodes!

I haven't seen this since I was a very young kid, since it first aired when I was just born. I caught reruns of a few shows and that was it.

It is weird and wacky, and that is just the tip of the iceberg. I am not sure the Krofft Brothers ever produced anything as odd as this show. And that's saying something, cause all of their shows are way off kilter!

Here is the first episode. It's only a little over 21 minutes long, so hit play and let your brain relax!

I love the art they used for them: 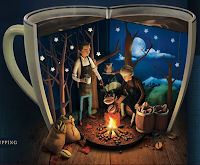 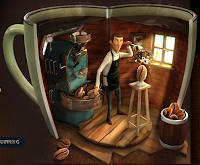 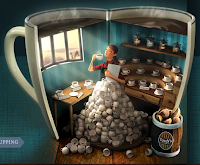 Fun. The last one depicts a dream job!