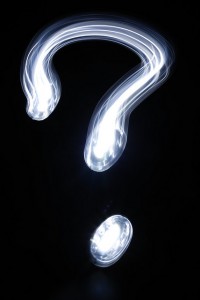 Let me preface this piece: I do not believe in ghosts.

A few weeks ago, I was walking with a couple of dogs, Eva and Izzie, on a quiet New England road. Over a year ago, the older brother to these sisters was killed in a car accident. Diego had been a companion to the older sister, Eva, for about a year at the time of his death. Several months later, she was paired up with her younger sister, Izzie.

When we walk, I am always amazed at how these two dogs do almost everything in sync. If one catches some scent, the other quickly catches the same scent and both noses head in the same direction, sniffing the same trail. If they hear a noise, both heads turn toward it, simultaneously. If they spot a chipmunk or a bird, both dart after it. Simple, I know. But amazing to watch.

On the day I mentioned, Izzie was following the scent of something in the leaves. To my surprise, I noticed Eva had stopped behind me. I turned and saw her standing, staring across the street and into a neighbor's yard. My gaze followed hers.

In this yard stood a dog who could have been a twin to the older brother she lost. He was the same size and coloring as Diego. In fact, the resemblance was just astounding. He stood, watching her, watching us. He didn't run up to the edge of the property, barking and warning us away as most dogs do when we walk by. He merely stood, away from the street, watching us.

Eva stood watching him, as well. She didn't rush to the end of her leash. Her fur didn't go up along her back. She just stood there. Izzie paid no heed to this moment, continuing to sniff something out in the leaves.

Eventually, I prodded the dogs along and we continued on our walk. Almost instantaneously, the sisters were back in sync, walking as a pair, this strange dog forgotten.

We have walked this road for about a year now, and I had never seen this neighbor's dog before that day. And I have not seen this dog again in the days that have followed.

As I said at the beginning of this piece, I do not believe in ghosts or an after life, for dogs or humans alike.

But the strangeness of this moment, the way aspects of it were just amazingly coincidental and particular to our situation, show me why it is very easy for others to believe in such things as visits from beyond the grave.

All I can say is form your own opinion.