When I was little, my mom made our costumes.
I remember being a clown and also a hobo.

But as we got older, we wanted more "serious" costumes.
Big kid stuff. Ben Cooper costumes. 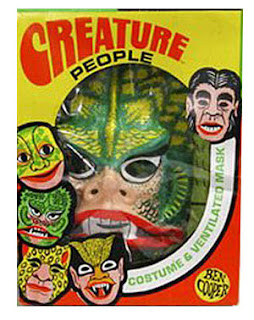 And I don't remember which ones I wore.
I seem to think there may have been a CHiPs costume, or a Duke cousin.
But I honestly can't remember.

So, anyway, here are some Ben Cooper costumes I think are cool,
weird, or just creepy. Enjoy!

Aquaman (thanks to The Aquaman Shrine)
Why does Aquaman have a mask? He never wore a mask.
Technically, this means your costume is wearing a costume.
Meta before meta was a thing, I guess... Dukes of Hazzard costumes.
Now that I see these, I really hope I wasn't a Duke boy.
Creepy! 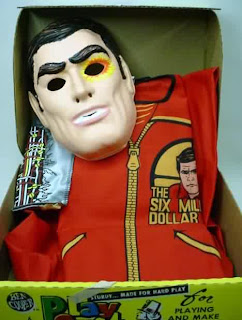 The Six-Million Dollar Man
His eye is on fire...
And why did the costumes always have pictures of the characters on the chests? 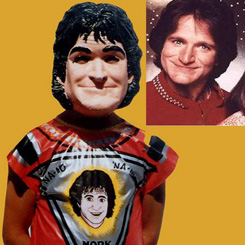 Mork from Mork & Mindy
Can't decide whether this is great or creepy.
No, it's creepy.
And why does the face on the shirt look less like Robin Williams
than the oddly serious-looking mask does? 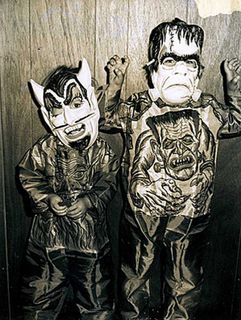 Devil & Frankenstein's Monster
So the costumes got less scary and more unsettling as time went on, I guess?
'Cause these two pretty much rock. 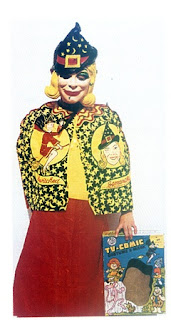 Laverne from Laverne & Shirley
Guess she had a tough day bottle-capping, since her mascara is running.
And the costume is "dressed" in what might be the worst fake clothes for any horrible plastic costume ever. 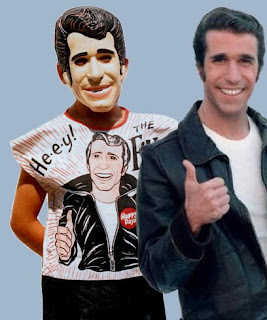 Fonzie from Happy Days
Again, you would be wearing the Fonz wearing the Fonz.
I guess it was just cool at the time.
And hey, at least the nose on this costume gave you some breathing room! 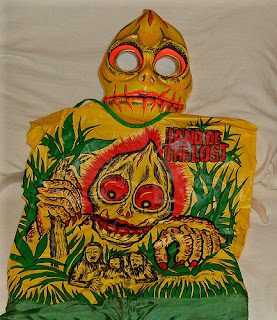 Sleestak from Land of the Lost
Okay, they made it less creepy in one sense,
and more creepy in a totally different way.
Sheesh... 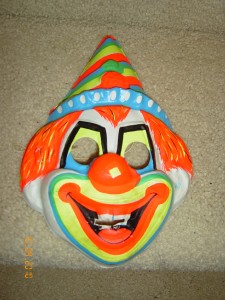 Clown
Seriously, why are clowns so damn creepy???

Do you all have a favorite Ben Cooper costume memory?
Share it in the comments!
Posted by Wings1295 at 12:30 AM