Who I'd Save - Halloween Edition

Last year, I did a post about
13 Friday the 13th Victims I Would Have Saved!

This year, I will cover the Halloween film franchise,
not including the Rob Zombie films.

Here are the 8 Halloween victims I would have saved: 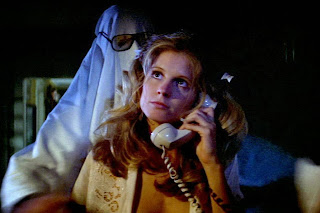 Had a hard time right off the bat,
since I think all the deaths in the first film
are essential to what makes it work.
But, if have to choose someone, I will go with Linda,
just because I love P.J. Soles.
Totally. 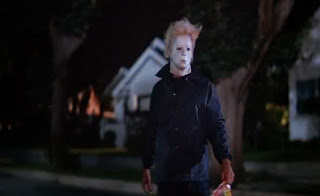 Poor Ben Tramer. All he wanted to do was have fun!
But the really, really bad choice to dress exactly like a serial killer on the prowl
when the town was filled with anxious police, a desperate doctor
and a driver not paying attention spelled a sad end to this teen's life.
Laurie must have been a mental wreck when she realized
how many high school friends she lost that Halloween night.

Wow. Poor little Buddy.
Not only is he saddled with those parents of his,
he ends up being a test subject for Cochran's evil plan
to use masks to turn kid's heads into bugs and snakes.
What a horrible, disgusting way to go. 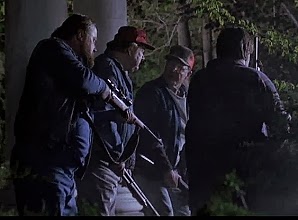 Hollister made the bad choice to lurk around the bushes
of Haddonfield after the town had been warned to stay indoors,
due to the menace of Michael Myers.
A trigger-happy posse freaks out and pretty much erases
Hollister from existence. Dumb fool. 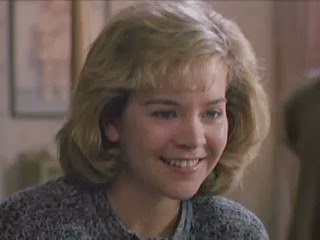 I don't know who made the decision to kill of Rachel,
but it was a major mistake.
Not only did she survive the events of Part 4,
but she stuck by her foster sister, even after the girl
went scissor-happy on her mother.
Rachel should have been a long-standing foe
for Michael and not just killed and tossed in the attic.

Halloween: The Curse of Michael Myers (1995) 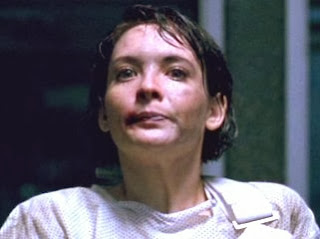 Another dumb-ass move.
Jamie - the daughter of original heroine Laurie Strode -
survives parts 4 and 5 and into the beginning of this one,
only to be horrifically dispatched by Michael on some farm equipment.
Why? So whacked-out Tommy Doyle and wooden Kara Strode
can take up the lead roles?
So freaking misguided and unnecessary. 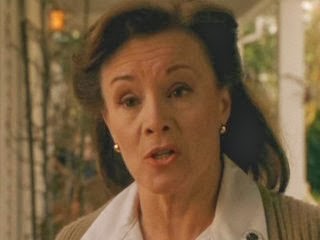 Another film where I am okay with all the deaths,
but I will choose Marion because,
not only did she avoid Myers grasp in parts 1 & 2,
but she obviously became some sort of caretaker
to Dr. Loomis in his later years.
She didn't deserve to be killed, especially since
Michael had already gotten the information he needed. 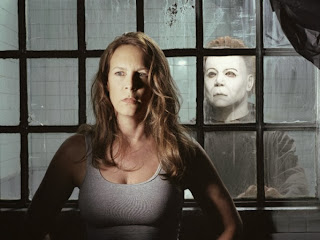 I am sure Jamie Lee Curtis was on board with this,
since she had wanted the previous film to be the end.
But, the producers wanted more and, I believe,
used a clause in her contract to bring her back for this one.
After succesfully avoiding being killed by Michael
for over 20 years, Laurie sets a trap to kill him once and for all.
But what does she do? She falls for a sentimental ploy and
is stabbed and tossed off the roof to her demise.
Lame.
I wrote up a way for this film to have been shot/edited differently,
a way which would have sent Laurie away but kept her alive.
If you want to read it, go to:
Halloween: Resurrection - My Cut

Those are my choices.
Agree? Disagree?
Let me know!